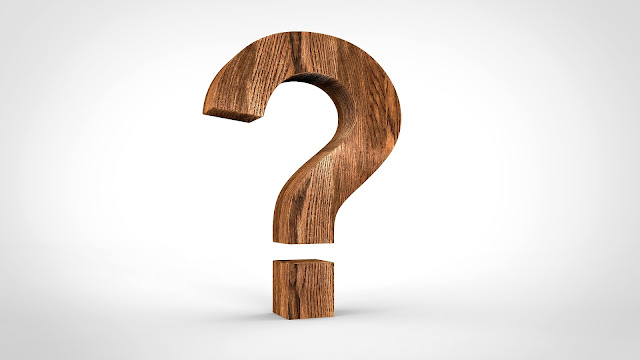 In recent years, atheists have increasingly attempted to redefine the words "atheism" and "atheist". Now, rather than being the negative position on the question of God's existence, many atheists have redefined atheism to be a mere "lack of belief" in God. They do not seem to care that there was already a term for this position ("non-theism"). This is often done in an attempt to avoid the burden of proof that comes from taking the negative position on God's existence. Yet, in attempting to eliminate this burden of proof, the one who redefines atheism in this manner has jumped from the frying pan into the fire. Here are 7 reasons why this definition of atheism is problematic for those who use this definition:
1. It Is Rooted In The Etymological Fallacy

In order to justify this redefinition, many atheists will appeal to the etymology of the word "atheist." The term "atheist" comes from two Greek roots, "a-" meaning "no" and "-theos" meaning "God". Therefore, according to these atheists, the word means someone who has no belief in God. Some (though not all) will also make the argument that the prefix "a-" carries the connotation of "lacking something" from time to time, and thus hold that an "atheist" is one who "lacks [belief in] God". This claim is clearly false (we can run thought experiments on words such as "atypical" or "amoral" to see the flaws in this reasoning), yet that does not stop some from making this claim.

The bigger problem with this use of etymology to redefine "atheism" and "atheist," however, is that it commits what is called the etymological fallacy. The etymological fallacy is committed whenever a person appeals to the root words and ignores how the word has been used and evolved over time. In other words, it assumes that the root words that make up the word will ALWAYS determine the meaning of the word. Thus, the appeal to the root words of "atheism" by many modern non-theists is fallacious.

2. It Reduces Atheism To A Psychological State

On this redefinition of atheism, it becomes nothing more than a psychological state, not a position on a particular question. Many of the other issues with "lack-theism" atheism is stem from this problem, but the reduction of atheism to a psychological state is an issue in and of itself. First, if we understand atheism as a mere "lack of belief" in God, then animals, such as cats and dogs, are all atheists. Worse than that, if atheism is merely a "lack of belief" in God, then even inanimate objects, such as rocks, refrigerators, and chairs are atheists. I am pretty sure that atheists would take offense if theists began to proclaim that atheism is on the same level as the stuff rocks dream about, but in reality, this claim is implicit in the redefinition of atheism. That is, the non-theists who redefine atheism in this way have done this to themselves.

This can be avoided, I suppose, by positing that an atheist is a PERSON who lacks belief in God, but this redefinition does not fare much better, either. Several of the following points will make this clear.

3. It Does Not Make Any Positive Claims

4. It Has No Explanatory Power Or Scope

A person's lacking belief in the existence of God does absolutely nothing to explain certain aspects of reality, such as why anything exists at all, or why the universe is so finely-tuned for the existence of life. It does nothing to explain the incredible amount of information embedded within every living being on the face of the planet. This brand of "atheism" has absolutely no explanatory power. Indeed, any account that attempts to explain these things involves a positive claim with a burden of proof.

5. It Is Impossible For Atheism To Be True

6. It Does Not Compel Non-Belief

7. Atheists Can No Longer Use Former Christians As "Trophies"

I have seen several atheist sites hold up former Christians who left the faith, almost as if it were an example of the strength of atheism (despite the fact that there are no good arguments for atheism, even in the traditional sense, but that is another issue for another day). Yet on this view, atheism is the view that individuals are born with. Newborn children, for all we know, don't even inquire about the existence of God. Thus, according to this redefinition of atheism, all babies are atheists. Yet the population of the world that adopts theism is far larger than the population of the world that adopts atheism. This means that, if this definition of atheism is accurate, far more people have left atheism to come to theism than have left theism to come to atheism. The fact that a relative handful of Christians then "return" to atheism is not impressive on this view. If these individuals who leave the faith to come to atheism is supposed to be a show of the strength of atheism, then the number of people who have left atheism to come to Christ is, by far, a GREATER show of the strength of Christianity. Atheism, on this view, is really nothing to brag about. This is, I am sure, not a point that many of these atheists have thought about, but it follows logically from this redefinition of atheism. Thus, we have no good reason to accept atheism as true, and we never will.
Apologetics