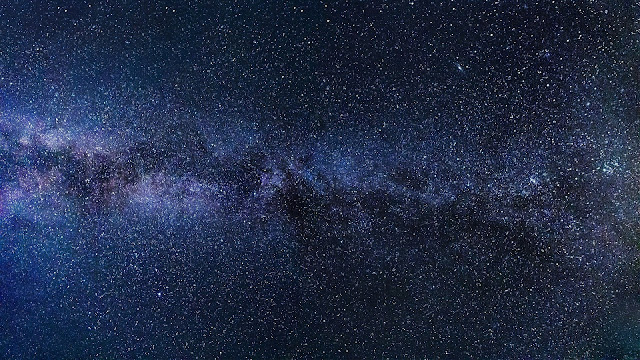 For my 100th post on this blog, I thought I would do something special. The following is the very first blog post that I ever made, all the way back in 2011! I can't say it is the most elegant post, but I can say that it served as a good introduction to the work necessary in putting together a blog. I have duplicated it here because, sadly, I have decided to close down the other blog. I have not written for it in nearly 2 years, and I think it is finally time to let it go. I appreciate everyone who has supported me ever since I first launched that blog on November 25, 2011. For those of you who have not seen it, some of the posts will be reduplicated here, especially my work on apologetics. However, for those of you who want to learn about the Kalam Cosmological Argument, or for those of you who just want to see how much I have improved over the years, the following is my first post ever, without any addition:

A man was murdered. We know that there must have been a killer. A man falls from a tree. We know that something (gravity) must have pulled him down to the ground. A car starts running. We know that something (inserting and turning the key) must have led to the chain of events that caused the car to start.
The above scenarios demonstrate an obvious principle of logic known as the Law of Causality. This principle, although often misunderstood, is actually quite simple. This principle states that everything that has begun to exist requires a cause. Although it is quite simple, this principle is the basis for one of the strongest arguments against atheism. This argument is known as The Kalam Cosmological Argument. This argument is the subject of this post.

I. Whatever begins to exist has a cause.
II. The universe began to exist.
III. Therefore, the universe has a cause.
This argument is possibly one of the most sound arguments for the existence of God. No one can claim that Premise I is incorrect without denying a principle of logic, and therefore making their response illogical. In the same way, no one can deny Premise II without denying many of the discoveries of modern science, and therefore making their argument anti-scientific. Since neither premise is false, the conclusion cannot be denied. Let's take an individual look at each premise.
Whatever Begins To Exist Has A Cause﻿
Nothing that begins to exist that does not have a reason why it began to exist. In other words, everything that begins to exist requires a cause for its existence. This is not only a foundation of logic, but it is also a foundation of scientific observation. However, many atheists have attacked this principle, but to no avail.
The atheist, in his ever-desperate attempt to avoid a Creator, often misrepresents this argument. This misrepresentation is often, but not always, deliberate. The atheist may state that, for this statement to be true, then God needs a cause. As I have shown in my previous post, Whoever caused the Big Bang must be eternal (since time had not yet come into existence), and therefore had no beginning. Rather, He must have always been. Since the Creator had no beginning and no end, He requires no cause.

Other theories have been offered in the attempt to avoid a Creator. However, these violate a scientific principle known as Occam's Razor, which prohibits multiplying entities beyond necessity. These other theories create more questions than answers. I also have yet to read one that doesn't simply move creation up a level, since every one of them would require something finite or something that would be required to be fine-tuned in order for the theory to work. A Creator is required for anything to exist at all.
The Universe Began To Exist
Over the last century, science has discovered that the universe did have a beginning. The Christian position was not shocked by this. The atheistic position was, however. In the past, atheists could simply claim that the universe was eternal, and therefore required no cause. Recently, that statement has begun to change.
Unless the atheist is willing to deny the Second Law Of Thermodynamics, he or she cannot deny that the universe had a definite beginning. This law states, among several other things, that entropy (going from an orderly state to a disorderly state) increases over time. This means that, if the universe was infinite, we would be in a completely disorderly state, and life would have already died out. This is only one proof among many that the universe did have a beginning, and is therefore finite.
The Conclusion
Since we have seen that neither premise could be false, then we cannot deny the conclusion. The universe did, in fact, require an eternal Creator. To come to any conclusion other than this would make a person's argument either illogical or anti-science. Atheists sometimes get angry when this argument is brought up. However, being angry about the conclusion does not justify their position. It simply makes them intellectually dishonest.
The universe began to exist. Therefore, the universe requires a cause for its existence. This Cause must be eternal, immaterial, and spaceless. Is it any coincidence that this is what the Bible said over 3300 years before secular science discovered it? I do not think so. It simply cannot be coincidence.
Questions For Reflection
1.) Why could there not have been an infinite number of events that led to the creation of our universe? How does this show the folly of atheistic thinking?
2.) Why is it impossible for the universe to create itself? How does this type of atheistic thinking hurt science?
3.) Since we have seen that God did, in fact, create the universe, what does that say about miracles? How probable are they?
Apologetics