Why Christians Should Be Picky About Their Entertainment 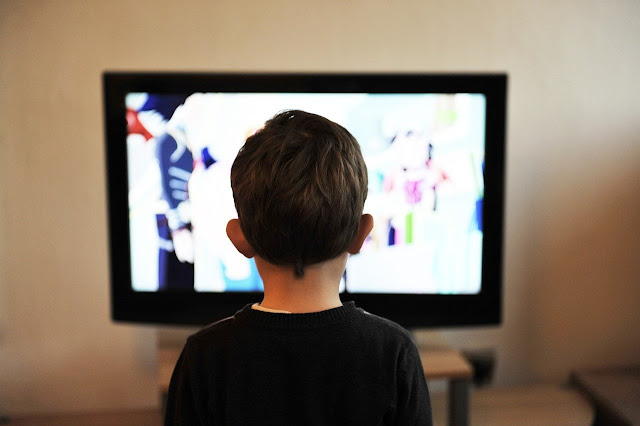 1. It Affects Our Spiritual Lives

Let's be honest, what we watch on TV doesn't stay in the living room. It bounces around in our heads when we are at work or taking care of chores around the house or hanging out with our friends. How do I know this? Because one of the major reasons that people will watch a show on TV is because a friend recommended it. If we are talking about it, we are thinking about it. How many of you have tuned into a show because someone recommended it?

Let's face this fact: Most of the media that is available to us does not honor God. In fact, much of it is hostile to the Christian worldview. It wasn't that long ago that everyone was talking about Game of Thrones, including Christians! How does watching a show that is meant to feed a lust for violence and sex help our walk with Christ? In short, it doesn't. In fact, it hurts us. Yet this show is only one of many that appeal to this type of lust. Again, when those things are bouncing around in a Christian's head, is it difficult to see how this can tear us down rather than build us up?

2. It Distracts Us From God

Perhaps you, like myself, are one of the few people who have never watched Game of Thrones. Perhaps you have settled for something milder, perhaps something like Spongebob Squarepants. The problem with spending time with this type of entertainment is that it distracts us from God. The Lord commanded Joshua to meditate on His word both day and night (Joshua 1:8). The Psalmist says that the person is blessed who meditates on God's word day and night (Psalm 1:1-2). Meditate here actually means not only to think deeply about, but can also mean to utter or speak. Does the entertainment we choose help us or hinder us in our meditation and speaking God's word?

I know that some of you may be saying, "But Travis, I only watch a little TV (or YouTube) each day. It's not consuming all of my time." I hope that this is the case, but statistically, this does not appear to be. I have mentioned some statistics on this post that I think are applicable here. Specifically, the fact that 42% of Americans claim they do not read the Bible because they do not have time or do not prioritize it makes me wonder how many people who say this are prioritizing TV over Scripture. At the same time, the average American spends at least 3 to 4 hours per day on his or her phone. If you are spending more time watching TV or on your phone than you are spending time with God, or if you fail to spend time with God, but have time to watch TV (or YouTube), then there is a problem.

3.  It Can Desensitize Us

Let's face it: much of what we watch can desensitize us. By this, I mean that much of what is available to us can make us numb to what is going on around us. As an example: how many of us are more lenient about dress than Scripture is? How many Christians have a lower view of marriage because of the way divorce is portrayed in modern media (to be fair, culture may also have an influence on this particular area. It is probably not all TV, YouTube, and radio). I know that I may sound like someone from my grandparent's generation, but how do violent games affect the way we think about certain situations? Are they influencing us, or is Scripture? In short: Don't let what you watch desensitize you, and the best way to accomplish this is to turn off anything that might have this effect.

Do you know why Game of Thrones was as raunchy as it was? Because people refused to turn it (and other shows before it) off when things that appealed to lust came on their screens. If every Christian had turned off Game of Thrones before it started, it would not have been around long. The same can be said for any other show. Both Hollywood and YouTube care about what pays (that is, what brings in advertisers). If people aren't watching, companies won't want to advertise, and the cycle is broken. As long as Christians continue to watch shows, play games, and listen to music that does not honor God, there will be even more media that fails to honor Him.

5. It Affects Our Witness

Honestly, if the world sees that we are acting just like them, then they won't want Jesus. It does no good to speak against lust and murder when we are watching Game of Thrones or a similar show. In fact, it's kind of hypocritical. Anytime our own house is not in order, it will affect our witness to others. The solution to this is not to refuse to speak out against, for example, lust, but rather to turn off shows that appeal to a person's lust. We are called to be a light in the world, and we cannot do that if we look just like the world.

This post may not have been pleasant for some, but I want you to know that I say this because I care  about you and about the Church. The problem is deeper than many of us realize, and that is why I felt that it needed to be addressed.
Christian Maturity Christianity