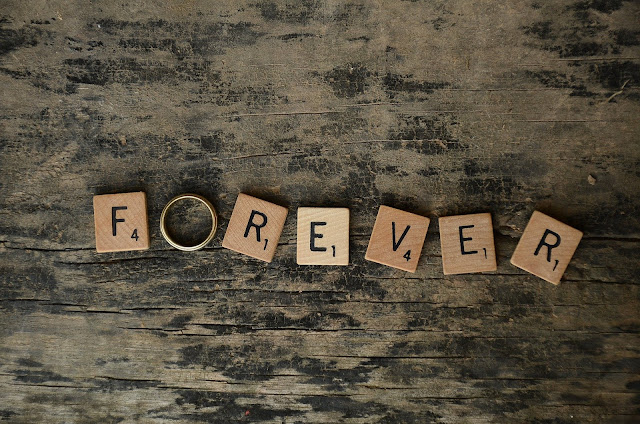 Scripture: Matthew 5:31-32
Divorce is one of the major problems that our society faces. It also plays a part in many of the societal problems that we face. In fact, it leaves no one unaffected. It takes what was intended to be a permanent union of one man and one woman and turns it into something that is less than this. It affects spouses, yes, but it also affects children as well. Approximately 12.6% of those who are divorced are living below the poverty line. Approximately 24.1%, or almost 1 in every 4, persons who are divorced have children under the age of 18 living with them. It is not difficult to see that in many cases, these two groups overlap. Even where they do not, divorce affects both adults and children in other ways, as well. It is estimated that over 1 million children are affected by divorce every year. Children who do not have two parents in the home are at an increased risk of mental health problems. This includes a variety of behavioral problems that result from the insecurities of a divorced family. In addition, and while it is not uniformly the case, there tends to be a decrease in academic achievement among those whose parents are divorced. In short, both parent and children are affected when parents divorce, and not in a good way.
Most of us know the statistic that approximately 50% of all marriages end in divorce.  This is despite the fact that the marriage rate is falling faster than the rate of divorce. The reasons given for divorce are various, but money-related issues are consistently at the top of the list. Other reasons often given include lack of communication, constant arguing, lack of intimacy, and even weight gain. Notably, Jesus did not list these as the only acceptable reason for divorce. While infidelity, the only reason for divorce given by Jesus himself, made the list, it is not the only reason given by many, by far. Furthermore, simply because divorce is permissible in this situation does not mean that divorce should be pursued. Marriage is important because it is a lifelong covenant, and a person should not be looking for reasons to divorce his or her partner. Rather, a person should be looking for ways to save the marriage despite the difficulties.
It should come as no surprise to us that this passage on divorce is sandwiched between a passage on lust and a passage on keeping your commitments. Lust is one of the top killers of marriage, and to keep the biblical standard of marriage requires commitment. Marriage is not always easy, and those who enter into marriage thinking it will be a walk in the park will soon be in for a rude awakening.
In this passage, Jesus gives the third of six discourses on the proper interpretation of the Law. Jesus may have been alluding to Deuteronomy 24:1-4 in this teaching. In this passage, Moses permitted the Israelites to divorce their wife if they found something indecent in her. What Jesus teaches here is not in contradiction to this. Rather what Jesus teaches here is a clarification of what is meant by 'indecent.' A man should not divorce his wife for any and every reason. Rather, divorce was only acceptable in the case of adultery.
What Jesus teaches here should also be understood in light of what Jesus teaches in Matthew 19:1-12. In this passage, Jesus appeals to Genesis 1:27 and Genesis 2:24 to show that it was not God's original intention for the bond of marriage to be broken. This implies that the bond of marriage being broken is a result of sin in the world, whether personal sin by someone within the bond of marriage, or else by the external effects of sin independent of a person's personal sin. Either way, God does not desire divorce for any of us. He desires for us to have happy, healthy marriages in the same way that he desires for us to live holy lives. This is what is best for us and for others, and God desires the best for us.
Jesus also addressed the result of divorce. A man who divorces his wife causes her to commit adultery. In the culture of the day, it would have been near impossible for a woman to make it without a husband. To be without a husband would have left her destitute. Thus, if she were to want provision, she would need to seek out another husband. This would have been seen as adultery under the teaching of Deuteronomy 24:1-4. Thus, a man who divorced his wife would have caused her to commit adultery by seeking out someone else who could take care of her. Furthermore, this same passage prohibited her from remarrying her former spouse, since that would have been considered adultery. Jesus places the blame squarely on the husband's shoulders here. Jesus also prohibits the marriage of someone who had been divorced. This is because marriage was, and is, viewed by God as a lifelong commitment between a man and a woman. This bond was never intended to be broken.
Divorce is devastating for all involved. If Jesus took the institution of marriage seriously, shouldn't we?
-------------------------------------
Recommended Resources:
Sermon on the Mount Series