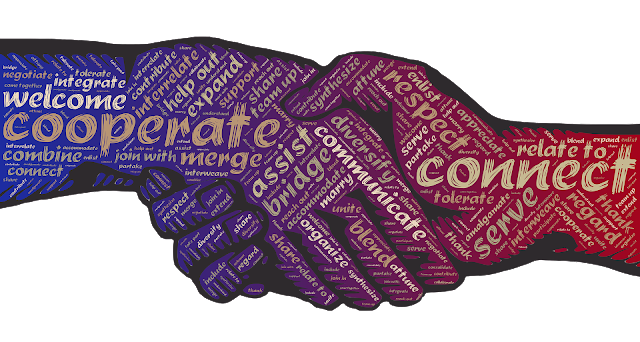 If you live in the United States, you may have noticed that we are more divided now than we have perhaps ever been. The vitriol runs thick with almost every conversation about almost anything. You don't have to spend more than two minutes on the internet seeing people argue over something, often something that should not be argued over. There are even memes that make fun of this fact: 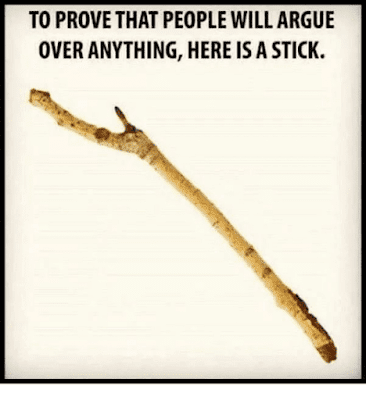 People will argue over politics and other hot topics, sure. But they will also argue over whether Christian music videos should have a Christian message (Yes, I have seen this exact argument go on over the last couple of days.) It is simply ridiculous that we are so divided, often by things that should not divide us. The Church is no exception. If you have been following what has been happening at the Southern Baptist Convention, for example, you will see what I mean. Sometimes there are issues that should cause a break in the Church, such as when it becomes necessary to remove or excommunicate a person who advocates heresy or strays from biblical values. However, these are rare, and if we are honest, they should not cause a break between brothers, but only between Christians and those who have apostatized. Unfortunately, the Church has been affected by the divisiveness that we see in our culture. Part of this is the fact that many Christians confuse their politics with their faith, and vice-versa. While faith should inform our politics, our politics should not inform our faith. To do the latter would be to do things backwards. Yet this is part of the reason we are so divided. And this is not the only area. So we are left to ask ourselves: What does it look like for the Church to be united? I don't think that a single blog post will provide all of the answers, but I hope that I can shed some light on the issue and give all of my Christian brothers and sisters something to think about.
When discussing what Church unity should look like, it is important for us to understand what is not involved in Church unity. Church unity does not, for example, mean that we will always believe the exact same thing about secondary or tertiary doctrines. There are, of course, doctrines that must be believed in order to be a Christian, such as the doctrine of the Trinity or the hypostatic union. However, there are also doctrines that are not as central to the faith, and therefore it is permissible to disagree on these doctrines. Examples of these doctrines are the age of the earth, ecclesial polity, or the interpretation of certain passages about women in ministry. There are Christians who believe in both sides of these issues, and are therefore brothers and sisters in Christ to those on the other side of these issues.
Church unity is also not defined by politics. Let me say it again: CHURCH UNITY IS NOT DEFINED BY POLITICS. I have family members who pray about others who do not share their political views and sometimes act as though a person cannot be a true Christian and vote for the opposing political party. This gets under my skin, because there are those who confess Jesus Christ as Lord on both sides of the aisle. As Christians, we cannot allow our politics to mix with our faith in such a way that we are unable to differentiate between the two.
Church unity is also not defined by the type of worship music that is preferred by the congregation during the worship service. I personally like the theological depth of some of the older hymns, as well as some of the newer worship songs from the last twenty years or so. I also abhor bad theology in music, whether it be hymns or something more modern. For the purposes of this post, it is sufficient to point out that there are those who confess Jesus Christ as Lord who enjoy both types of worship music.
Church unity is also not about the methodology used to deliver the sermon. What I mean by this is that Church unity is not defined by whether or not a congregation has an energetic pastor who is eloquent in his or her speech, or whether the congregation has a pastor who is incredibly inexperienced at public speaking.
Church unity cannot be defined by Church attendance. What I am saying is this: There are Christians who are Methodist, Baptist, Pentecostal, Apostolic, Presbyterian/Reformed, and a host of other denominations. While I am Wesleyan-Arminian in my soteriology, I still recognize Presbyterians as my brothers and sisters in Christ, despite our differences.
If Church unity is not defined by any of these things, what is it defined by? It is defined by one word: love. Jesus said that the world would know that we were his disciples by our love for one another (John 13:35). This is it. Christians are united in their love for Jesus Christ and their love for each other. This means that if it is difficult for you to go out and love someone from a different denomination who confesses Jesus Christ as Lord, then you need to take a long, hard look at your own heart. Love is what unites us. By love, I am not talking about a feeling. I am talking about a choice that leads to action. I am talking about love as a verb. When we have this type of love, we serve one another, even when we see our differences. We seek what is best for the others, because Christ has sought what is best for us. We love one another as Christ has loved us. When we do this, we are united. When we fail to do this, we are divided. It really is this simple. I hope that each and every reader of this post understands this. Now, go out and love your brothers and sisters in Christ!
Church