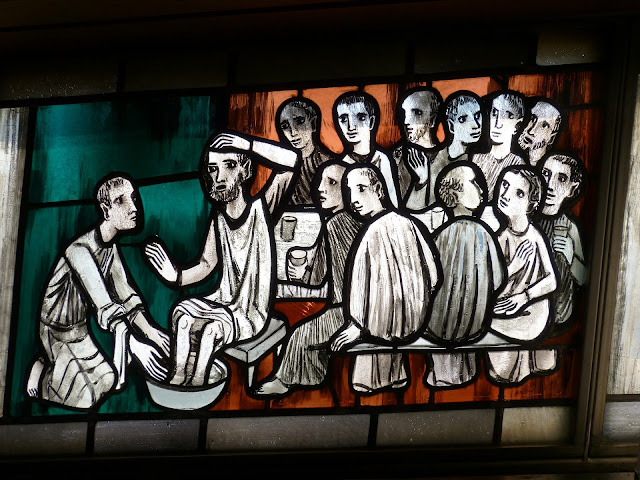 I want to open with a serious thought. This is something that I thought about some time back as I was thinking about the implications of some theological points. My thought for today is simply this: if pride is defined as thinking more highly of yourself than you ought to, then it is impossible for God to be proud. Why? Because God is, by nature, a Maximally Great Being. That is, it is impossible for God to think more highly of himself than he actually is because, well, there is nothing greater than God in any way. God is perfect in every way. There cannot be anything greater than God, and therefore he cannot be proud. It is for this reason that a proud god, such as the one described in the Quran ("al-mutakabbiru," which implies haughtiness and arrogance; Surah 59:23) cannot be Maximally Great, and therefore cannot properly be called God. God, understood as a Maximally Great Being, can be humble, but he cannot be proud. This is one of the reasons why Christianity makes sense, while other faiths do not. In the Christian faith, we see exactly what we should expect from a Maximally Great Being, but we don't see the same in other faiths such as Islam. In contrast to the proud god of Islam, Jesus, who claimed to be God incarnate, is humble rather than proud and haughty. He showed this by his actions. This is one of the major points that Paul is making in the passage that is in front of us today. What Paul describes in these passages is how Jesus showed humility rather than pride as he urges the Philippians to imitate Christ in this.

Paul begins this passage by giving the Philippians a straightforward command in two different ways. First, Paul commands the Philippians to do nothing from selfishness or conceit (v.3). Instead, they were to regard others as more important than themselves, all of this being done in humility (v. 3). Paul clarifies what he is saying when he writes that the Philippians are not to look out for their own personal interests, but for the interests of others. Paul connects humility and looking out for the interests of others because the latter is a practical outworking of the former. Paul then lifts Christ up as an example. What Paul wrote in verses 6-11 appears to have been an early hymn in the Church. The point that Paul is raising is that Christ is humble. According to this hymn, Christ showed his humility in several ways:

1. Jesus was not haughty or arrogant about his intimate relationship with the Father (v.6).

3. He humbled himself by becoming obedient even to the point of death, including death on a cross, which was an incredibly humiliating way to die (v.8)

The point that Paul was making is that Jesus was humble. However, there is a misinterpretation that has been prevalent at different times throughout the history of the Church that I feel the need to address. Some hold that, when Paul writes that Jesus emptied himself, that he actually emptied himself of his divinity in order to take on human flesh. This heresy is known as the kenosis heresy. It is logically incompatible with the doctrine of the hypostatic union and implies that Jesus Christ was not truly divine while he was on earth. Both of these are heretical views and should be avoided. The context is somewhat ambiguous about what exactly it is that Jesus emptied himself of. Because of this, a person cannot confidently say that Jesus divested himself of his divinity. We can, however, look at what we know theologically and work from there. We know several things. First, God cannot change. If Jesus was God, then he could not change his divinity. He was, and always will be, divine. Second, Jesus did take on human flesh. Third, Jesus must have been truly God in order to be a sinless sacrifice for our sins. Fourth, Jesus must have been truly human to be a sufficient sacrifice for our sins. Granted these facts, especially 1 and 2, there is no logical room for the kenosis heresy. Rather, when it says that Jesus emptied himself in this section of Scripture, the scholars who believe that Jesus emptied himself of something like the voluntary use of his divine abilities are probably on the right track. That is, Jesus did not divest himself of his divinity. He simply would not use his omnipotence, omniscience, etc unless the Father directed him to. Christ humbled himself by giving up the voluntary use of these things.

If Christ is humble, and we are supposed to become more like Christ as we are sanctified, then we are to become more humble. Just as Christ looked out for others rather than thinking about himself, so should we look out for others rather than thinking about our own selfish interests. This leaves us with two challenging questions. First, what is our attitude toward others? Are we looking out for others or for ourselves? Second, how can we be more humble? We know that humility is required of Christ's disciples, so what can we do to show this, especially given Christ's example?