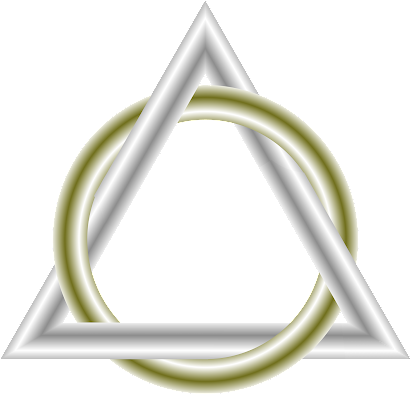 Recently, I created a post on Arianism and its modern-day version, which is found in the Jehovah's Witnesses cult. In this post, I want to address a modified form of Arianism called "Semi-Arianism." Arius, from whom we get the name of the Arian heresy, believed that Christ was the first created Being. Arius did not believe that Christ was God, but rather was a creature through whom God chose to work and bring redemption. In the post on Arianism, I have shown how this is false from both a biblical and a logical perspective. To deny Christ's divinity outright creates a slew of problems that cannot be reconciled with the biblical text. What about Semi-Arianism, though? What is it, and how are we to respond to it? Let's take a look at this very issue.
Semi-Arianism is a belief that arose predominantly in the 4th century that attempted to find a compromise between the teachings of Arius and orthodox Trinitarian theology. As is the case when someone attempts to find a compromise between orthodoxy and heresy, this attempt at compromise ended up in heresy itself. Since the teaching of Arius had been condemned as heretical, some began seeking a middle way between orthodoxy and heresy. Whereas Arius taught that the Son was of a different substance than the Father (and hence, denying the deity of the Son of God), Semi-Arianism attempted to take a different approach. Orthodox Trinitarianism at Nicaea stated clearly that the Father and the Son were of the same substance (homoousious). That is, they both shared in the exact same divine nature. The nature of the Father was the nature of the Son. Semi-Arianism challenged this orthodoxy by teaching that the Father and the Son were of a similar (homoiousious), but not exactly the same, substance. According to Semi-Arianism, there is a distinction in the divine nature of the Father and the Son, and not just a distinction between the Persons of the Father and the Son. This causes some major issues theologically.
The biblical issues with this are easily shown, as I have done elsewhere. For now, it is sufficient to point out that Jesus understood himself to be divine in the same way as the Father (John 10:30). Jesus fully understood his divinity, as did his disciples. The disciples worshiped Christ while in a boat (Matthew 14:33). They also worshiped him after his resurrection from the dead (Matthew 28:17). They were not the only ones. A blind man who was healed by Jesus also worshiped him (John 9:38). So did the magi who brought him gifts after his birth (Matthew 2:10-12). The women who discovered the empty tomb worshiped him (Matthew 28:8-10). The New Testament as a whole recognizes that Jesus is divine in the same way that the Father is (see, for example, Colossians 1:15, John 1:1-5, and Hebrews 1:3). At the end of the day, there is no biblical reason to believe that the Son has any kind of nature different than that of the Father. They are both divine in the same way.
The logical issue with this is also found in the concept of a Maximally Great Being. I have previously written about Maximal Greatness and the Trinity. Suffice to say that the problems faced by Unitarians are also, at least in many cases, faced by those who deny that the Son has the same nature as the Father. The relationship between the Father and the Son is not one of little consequence. Rather, it affects every part of our theology.
Do we need to worry about Semi-Arianism today? We may have to. Although it may not be intentional, there are some in prominent places whose theology, if not entirely Semi-Arian, is flirting with it. Among those who could be named are Wayne Grudem and Bruce Ware, who have adapted their doctrine of the Trinity to fit their complementarian views, rather than adapting their views on male-female relationships to the doctrine of the Trinity. The result has been the claim that the Son is subordinate to the Father. We are not talking about a willingness to submit to the Father on the part of the divine-human Christ. Rather, the Grudem-Ware theology of the Trinity actually subordinates the Son to the Father. It follows logically from this that the Son and the Father cannot have exactly the same substance. Although giving lip service to Christ's divinity, the Grudem-Ware theology leaves the Son inherently subordinate to the Father. Thus, there is a distinction between the Son's divine nature and the Father's divine nature. This leads to a Semi-Arian view of the Trinity. In an excellent presentation, Kevin Giles showed the flaws in the Grudem-Ware understanding of the Trinity.
It is important that we understand what Semi-Arianism is, as it is important that we understand the heresies that have presented themselves in the past. We should understand that these heresies could easily spring up in the Church again, and were rejected in the past for good reason. Semi-Arianism is no exception.
Trinity