Why I Am Not KJV-Only 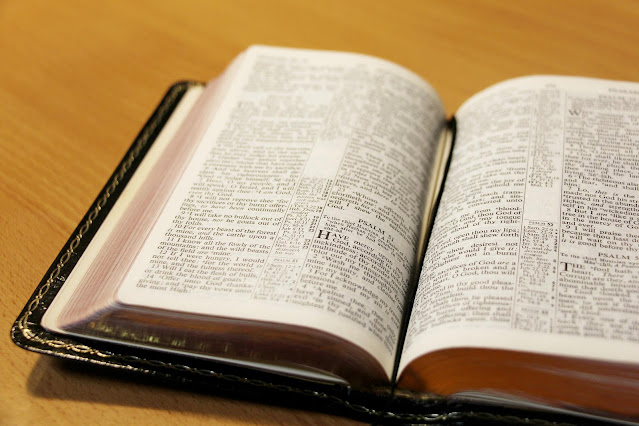 I went to a Christian high school called Eastwood Christian School. It was located in Opelika, Alabama. I had plenty of great experiences at this school, and I am grateful for the impact they have had on my life. As I have grown in my understanding of the Bible and Christian theology, however, I have come to notice several disagreements between myself and what was taught at the school. It may help to mention that I am Wesleyan in my theology. The school was different. Imagine, if you will, what would happen if an Independent Fundamental Baptist Church married an Assemblies of God Church. Now imagine if there was a baby from this marriage. Eastwood Christian School would have been that child. They had some distinctive views, affirming both speaking in tongues and the inspiration of the King James Version of the Bible. That is, they believed that the King James Version was the only inspired English version, and that every other version was a corruption. This confused me, because at the time I attended a Southern Baptist Church where the pastor preached primarily out of the New International Version. Which pastor was correct? Over time, I came to realize that many of the accusations made against modern translations of Scripture simply do not hold water. There are a few issues that I have with the claim that the King James Version is the only inspired version of the Bible.

The Textus Receptus refers to a printed manuscript of the Greek New Testament that was originally printed by a man named Erasmus in 1516. It later underwent revision in 1527 and 1535. The text itself is based on a handful of manuscripts that, for the most part, date to at least the 12th century AD. This makes the manuscripts utilized in the Textus Receptus incredibly late in comparison to other manuscripts that have been uncovered since. For example, the earliest New Testament portion that we now have (P52, a fragment of John's Gospel) dates to the early-to-mid second century. This gives us a span of approximately 50 years between this fragment and the original text. In reality, the window is probably shorter. Again, by comparison, most of the manuscripts used by Erasmus for the Textus Receptus come from the 12th century.

The reason that this is significant is because later texts will have had a greater period of time in which to invite error. That is, P52 is far less likely to have an error on the verses it contains than the manuscripts with which Erasmus worked. Generally speaking, a text closer to the original would have had fewer hands touching it, thus reducing the possibility of error.

The textual basis for the Textus Receptus was also incomplete. Erasmus did not have, for example, the Greek text which Erasmus used was missing several verses from the book of Revelation. Rather than procuring a Greek copy that contained these verses, Erasmus famously back-translated these verses from the Latin Vulgate. That is, he translated them from the Latin Vulgate back into Greek. While it is true that there are other manuscripts that are incomplete which would be accepted as reliable by most textual critics, the bigger problem is the back-translating of an older manuscript.

Despite the problems noted here, it is important to also state that the Textus Receptus is not a bad textual basis. The fact is, however, that it is not the best textual basis. To tell someone that the King James Version is the only inspired translation is to deprive them of understanding the text based on translations from manuscripts that are better than the Textus Receptus. However, this is not my only issue with the King James Only Movement.

"that we do not deny, nay we affirm and avow, that the very meanest translation of the Bible in English, set forth by men of our profession, (for we have seen none of theirs of the whole Bible as yet) containeth the word of God, nay, is the word of God. As the King's speech, which he uttereth in Parliament, being translated into French, Dutch, Italian, and Latin, is still the King's speech, though it be not interpreted by every Translator with the like grace, nor peradventure so fitly for phrase, nor so expressly for sense, everywhere."

Another language problem with the King James Version is that languages are living and change over time. That is, a word might mean something different today, even the opposite, of what they meant 400 years ago. These are often referred to as false friends. Let's take a look at a couple of examples:

The King James Version translates Luke 18:1 as "And he spake a parable unto them to this end, that men ought always to pray, and not to faint". If I tell you that I think I am going to "faint" in today's context, you probably understand that I am about to pass out. If someone in the 17th century said this exact same sentence to you, it would mean that they were about to give up. It had nothing to do with passing out. This is not the only example.

In 1 Kings 18:21 in the King James Version, Elijah asks the people of Israel, "How long halt ye between two options?" In today's context, to "halt" means to stop. However, in the context of the 17th century, it meant something akin to "limp." You would not pick this up if you were reading the text as an English speaker today.

These are not isolated incidents. The fact is that the King James Version contains hundreds of false friends. This doesn't make it a bad translation. It simply means that a translation that utilized modern English would better be able to convey the message of the text.

Where I Agree With King James Only Advocates

At the end of the day, I have no problem with someone who chooses to use the King James Version. I do have a problem with the claim that the King James Version is the only inspired English Version, or that it is the only Bible that has not been "perverted" (as some KJV-only advocates would say). To my KJV-only friends who may be reading this: I love you, but I disagree with you. I hope you will show the same tolerance to me.