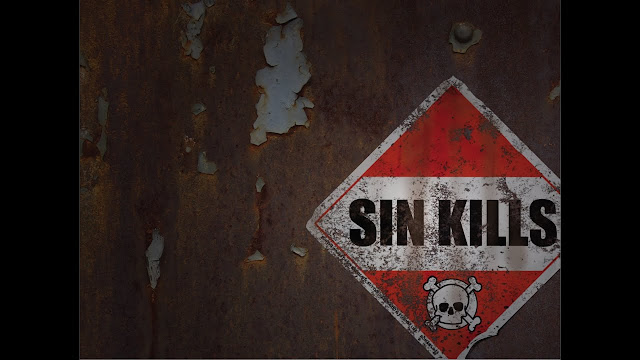 The Church of the Nazarene affirms both original sin and personal (or actual) sin. Typically, when the average person thinks of sin, he or she thinks of personal sin. However, the doctrine of original sin is clear in Scripture, and is thus also affirmed. The Church of the Nazarene's fifth Article of Faith draws a distinction between the two and defines each. The Article itself states:

We believe that original sin, or depravity, is that corruption of the nature of all the offspring of Adam by reason of which everyone is very far gone from original righteousness or the pure state of our first parents at the time of their creation, is averse to God, is without spiritual life, and inclined to evil, and that continually. We further believe that original sin continues to exist with the new life of the regenerate, until the heart is fully cleansed by the baptism with the Holy Spirit.

We believe that original sin differs from actual sin in that it constitutes an inherited propensity to actual sin for which no one is accountable until its divinely provided remedy is neglected or rejected.

We believe that actual or personal sin is a voluntary violation of a known law of God by a morally responsible person. It is therefore not to be confused with involuntary and inescapable shortcomings, infirmities, faults, mistakes, failures, or other deviations from a standard of perfect conduct that are the residual effects of the Fall. However, such innocent effects do not include attitudes or responses contrary to the spirit of Christ, which may properly be called sins of the spirit. We believe that personal sin is primarily and essentially a violation of the law of love; and that in relation to Christ sin may be defined as unbelief."

Prior to the Fall of man, there was no sin. Mankind lived in perfect relationship with God. Death had not yet entered into the lives of mankind. Mankind was able to walk with God, talk with God, and enjoy God. All of this came to an end when our first parents sinned. The Church of the Nazarene affirms that sin entered the world when our first parents chose to disobey God. Through the personal sin of our first parents, original sin entered the world. Thus is the origin of the corruption that is within every human heart, the thing that inclines human beings to evil.

"Original sin" describes that sin that we inherited from our first parents. None of us are born without it. [1] We cannot escape it of our own power. Original sin is like a cancer that we are born with, only worse. Gay Leonard describes the effects of original sin by writing, "Fallen in Adam, we are spiritually dead and morally corrupt and therefore unable of ourselves to turn to God and be saved. Only as the Spirit of God awakens and enables us--from the first awareness of our need until we stand before God in judgment--are we able to do one good deed; our salvation is only and entirely by His grace." [2]

Original sin is also known as depravity. By depravity, it is meant that mankind is inclined to do evil continually, and cannot do good, including accepting salvation, unless the Holy Spirit works within the life of an individual. This also means that no good can be done by an individual unless the Holy Spirit enables him or her to do good. This enablement of individuals will be discussed more in the post on Prevenient Grace. Suffice for now to know that original sin is inherited, and it is deadly, and Christ is needed to handle it.

The Church of the Nazarene affirms that the propensity to sin is not counted against anyone until God's solution is either neglected or rejected.

Personal sin describes the sins we actually commit. Since original sin inclines us to sin, personal sin is, in a sense, the finished work of original sin. There are two types of personal sins: sins of commission and sins of omission. Sins of commission are those things that we do that are sins because we should not have done them. For example, it is a sin to steal. Therefore, if someone steals, he or she has committed a sin of commission. Sins of omission, however, are those things where failure to act in a certain way is sinful. For example, if you see someone getting mugged, and you have the  power to stop it, you know that you should stop it. To fail to do so would be a sin because you saw something you should have done (stop the mugging), but you failed to do so. Sins of omission ultimately come down to a failure to love God or to love your neighbor.

The Church of the Nazarene's statement on sin makes one point very clear: personal sin is entirely different from other shortcomings than mankind may have. Let me use an illustration here:

Let's suppose that I lived back in the first century, and heard Jesus speak that when our enemies ask us to go one mile, we should go with them two. This command of Jesus is binding on those who believe in Him. Let's say that the next day, a Roman soldier orders me to carry his equipment for one mile. I am under obligation, at this point, to carry the equipment not just one, but two miles, based on what Jesus has spoken. So, let's say that I start walking and pass the one mile mark. I continue to carry the equipment of this Roman soldier for a second mile. Let's also suppose that, just a quarter-mile short of my two mile goal, I step wrong and my ankle snaps, and I am unable to finish the rest of this mile. Have I sinned because I failed to make it the second mile? It appears that the answer is no, because it was a physical inability (a now-broken ankle) and not a rebellious attitude that caused me to come up short. This, I believe, aptly illustrates the difference between a shortcoming (I actually do have a bad ankle), and sin. It would have been sinful if, in this illustration, I had refused to carry the soldier's bag, or even if I had stopped at the one mile mark! The Church of the Nazarene makes this distinction clear in their statement on personal sin.

[1] With the exception of Jesus Christ, due to His miraculous conception and virgin birth.
[2] Gay Leonard, "Articles of Faith, p. 34
Articles of Faith Church of the Nazarene Original Sin Sin