The Biblical Case For Total Depravity 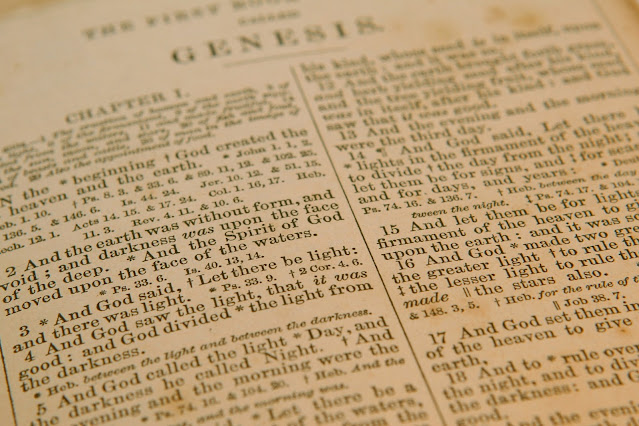 Every day, I try to read the news. I don't usually spend much time doing this, but I do spend enough time to get a basic grasp on the events that are happening on any particular day. I also try to read from multiple sources, because I recognize that there can be bias in only one source. One thing that strikes me as odd is that almost without fail, every day holds a record of an immoral act that has taken place. We don't have to look far to see this, either. Just this morning, I opened the paper and saw where a woman in my home state of Indiana was charged with the murder of her husband, who was an Evansville firefighter. Whether she is innocent or guilty is best judged in a courtroom in front of a jury of her peers, but the point that I am trying to raise is that someone decided to murder a firefighter in his own driveway. The bad thing is that these situations are not oddities in our world. Murders, thefts, and the like are everyday occurrences. This raises a question about a theological doctrine known as Total Depravity. Do people simply choose evil because they can? Or is there something corrupted about human nature that causes people to drift toward evil naturally? In this post, I am going to make a brief biblical case for the doctrine of Total Depravity.
Before we go any further, I should clarify what I mean by Total Depravity. This doctrine is understood differently by different schools of thought within Christianity. The Total Depravity that I am arguing for here is simply this: As a result of Adam's sin, we have inherited a propensity, or inclination, toward sin that affects us even today. Furthermore, the effects of Adam's sin affects all parts of us. I am not arguing for what some have called "original guilt." That is, I am not arguing that we are condemned for Adam's sins. It is only Jesus Christ who has not committed a personal sin and is therefore blameless. I am arguing that we suffer effects from Adam's sins. Namely, I am arguing that as a result of Adam's sin, we have inherited an inclination towards sin. Just as a child may be born with an addiction to drugs as a result of his or her mother taking drugs while she was pregnant, so also every person is born with an inclination toward sin as a result of Adam's original sin. This is the position I am arguing for.
In the beginning, God made everything good. Genesis 1:31 makes it clear that God saw everything that he had made, and then he called it "very good." However, this all went wrong in Genesis 3, when Adam and Eve chose to disobey God by eating from the Tree of the Knowledge of Good and Evil. The choice by our first parents to sin had far-reaching consequences. God's good creation now started coming unraveled. The propensity toward sin was inherited by all of us.
The propensity toward sin is assumed throughout the whole of Scripture. I think that the most obvious example of this comes from Jeremiah 17:9. Here, Jeremiah argues that the heart is deceitful above all else. The picture here is of a heart that is inwardly devious, not simply a heart that sometimes goes astray. Yet we know that this is not the way that God created the universe. Remember, God saw all that he created and said it was "very good," including the human heart. God did not create the human heart to be devious. Rather, he created it to honor him. The question, then, must be raised: If the heart did not become perverse from the work of God, then how did the human heart become perverse at all? This is consistent with the doctrine of Total Depravity, but is not consistent with views that oppose it.
Not only is the doctrine of Total Depravity assumed in Scripture, but it is also explicitly stated in Scripture. Perhaps the most notable example of this is from Paul's letter to the Romans. In Romans 3:9-18, Paul makes a strong case for the depravity of humanity. In this passage, he strings together several statements from the Old Testament to make his case. Paul's case is that there is no one who seeks after God. No one has understanding (v.11). Not even one person shows kindness (v.12). No one uses their tongues for godly purposes (v.13-14). Everyone is quick to do evil (v. 15). No one, in their natural state, has any fear of God (v. 18).
Paul is also not the only person to make these assessments. The Psalmists did in the Old Testament. David argued that he was born in sin (Psalm 51:5). That is, that David was born sinful. Jesus, when speaking to Nicodemus about why people turn away from God, states that it is because people love evil (John 3:19). The fact of the matter is that Scripture does, in fact, teach that we inherited a sin nature from Adam. The solution to this problem is found in Jesus Christ and his grace.
Theology Total Depravity