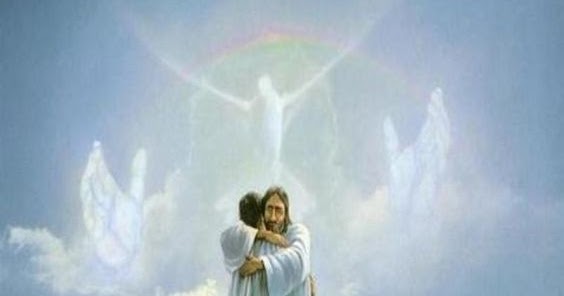 For the majority of Christians, eschatology looks something like this: one day the world is going to get so bad that Jesus comes back. When he does, all of his followers are going to be transported to heaven to be with him forever. Shortly after this, the world will get even worse, until the earth is finally destroyed by God. Then, everyone will be judged, and God's people will live with him forever while everyone else suffers for eternity away from God. The view of what happens when we die is similar among many Christians: when we die, we will go to heaven or hell, and that is where we will stay for all of eternity. However, it may surprise some to realize that this is not the portrait that the Bible paints. Rather, there is quite a bit more going on than just God providing a means of escape from a bad world. For this, we need to dive into another lesson on eschatology.
The final Article of Faith of the Church of the Nazarene states that:
"We believe in the resurrection of the dead, that the bodies both of the just and of the unjust shall be raised to life and united with their spirits—“they that have done good, unto the resurrection of life; and they that have done evil, unto the resurrection of damnation.” We believe in future judgment in which every person shall appear before God to be judged according to his or her deeds in this life. We believe that glorious and everlasting life is assured to all who savingly believe in, and obediently follow, Jesus Christ our Lord; and that the finally impenitent shall suffer eternally in hell."
The Church of the Nazarene affirms the resurrection of the body that is to come when Christ returns. Both the living and the dead will be raised. This is something that is missing from the eschatology of many Christians. Far too many see the return of Christ as simply a ticket to heaven, and not as the glorious unfolding of Christ's victory over death. The Bible teaches something much different. We can look at various passages from Paul's letters, such as 1 Corinthians 15, which speak about the resurrection in quite a bit of detail. The point is clear: Our bodies will be raised from the dead when Christ returns. We can disagree about topics like what the resurrection body will be like or what it will be capable of, but at the end of the day, the bodily resurrection is a clear teaching of Scripture.
The resurrection also has roots in the teaching of the Church. The Apostles' Creed mentions the bodily resurrection, as does the Nicene Creed. When Christ returns, the dead will be raised, and Christ will judge all people. The righteous will be with Christ forever, while the impenitent will be forever separated from Christ.
It could be easy to misunderstand what it means to say that those who have done good will enjoy the resurrection unto life, and those who have done evil will be resurrected unto death. This is not advocating a works-based soteriology. Rather, it is affirming the teaching of the Christian creeds, as well as Scripture itself, concerning the resurrection and judgment. Salvation is by grace alone, and is not merited by any good work (Ephesians 2:8). However, those who are saved by grace will produce good works. Thus, the relationship between grace and works is not one of merit, but one of fruit. It seems to me, from my current understanding of Scripture, that there will be rewards in the end for those disciples of Christ who persist in doing God's will. However, the reward is not what those who do good seek. To seek a reward over God is actually a bad thing itself, and is therefore not a good work. All good works have this in common: They point to and glorify Jesus Christ. This is only possible by grace. Thus, in the end, any good works that happen only happen because God has shown us grace and mercy. They are not something that we can produce on our own.
Those who do not have Christ will ultimately persist in evil deeds, whether it be the motive, the goal, or the deed itself that taints it. Those who persist without repentance will ultimately end up separated from God for all eternity. Universalism is not supported by Scripture, nor is it supported by our statement of faith. Repentance is the first truly good work, and only comes about by God's grace in our lives. Those who do not repent have continued to live in disobedience to Christ (Mark 1:14-15). God extends grace to all, and, in the words of C.S. Lewis in The Great Divorce, "All who are in hell choose it."
One final word about hell: It is not where God intended for human beings to end up. Scripture says that hell was made for the devil and his angels (Matthew 25:41). God's intention for humanity is that we live with him forever. This was his purpose in sending Christ. At the end of the day, there are only two alternatives. Either a person can repent and trust in Christ and experience the goodness that only Christ can bring, or a person can continue their own way and face judgment based on his or her own actions, with Christ as the standard to which they will be compared.
Articles of Faith Church of the Nazarene Judgment Resurrection