A Life Worthy Of The Gospel 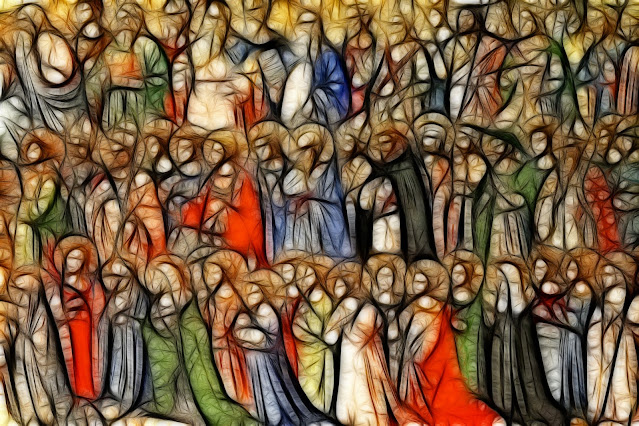 Scripture: Philippians 1:27-30
I want to start this post off with a short, personal story. If you have followed the investment world lately, you have seen the rise and fall of a cryptocurrency called Dogecoin. When I first ran across it, it was trading for approximately half a penny per Dogecoin. I was fairly new to the investing world, and I thought that investing in Dogecoin would pose a lower risk because it was selling for such a low price. How much lower could it go? However, at the same time, if it took off and gained, I would net a nice profit. So I invested a small amount into it. This was before a series of tweets sent it skyrocketing. When it started to climb, I saw it hit about 10 cents per coin. Then I saw it fall a couple of cents. I panic sold what I had, and made about $200 in profit. However, this was a bad move, because a short time later, it skyrocketed again. I bought it again when it was around 20 cents per coin. It continued to rise, and start to fall again. To make a long story short, I didn't do as well the second time around. I sold too early. Why do I bring this up? Because today we are going to talk about investment in others. Doge turned out to make me a small profit, but it could have made me far more had I invested properly. Overall, I don't think it was the wisest investment I had made. Investing in people is, in some ways (though not all) like investing in the stock market or cryptocurrency. You have to invest up front to see a return. Positive returns make you happy, and negative returns make you, well, not so happy. I have the feeling that Paul experienced something similar.
Paul had invested in the Church at Philippi. He, like everyone else who has ever done any work in discipleship, wants to see a spiritual return on their spiritual investment. In the previous section, we discovered that Paul's desire for himself was that he glorify Christ, whether in life or in death. We also learned that Paul was confident that he would continue to live in order to see the fruit of his ministry among the Philippians. All of this was for the express stated purpose of the Philippians glorying in Christ. Paul had put quite a bit of time and energy into the Church at Philippi. What did he want to see?
Paul desired to see the fruit of right conduct among the Philippian church. He likely had in mind a Christlike lifestyle and manner of living. He wanted to see this played out practically in the lives of the Philippians. This is the practical aspect of glorying in Christ. When we glory in Christ, we desire to be like him and live like him. Our lives are molded by Christ when we glory in Christ. The point that we should gather from this is that the goal of investment in others should be right living according to the Gospel. This should be our desire, as it was the desire of Paul for the Philippian church. Just as I invested my money in different stocks and cryptocurrencies, hoping for a return, so a discipleship leader invests spiritually in his or her disciples in hopes of seeing a spiritual return. This type of return is not for their personal gain, but for the benefit of their disciples.
Paul made it clear that his purpose for the Philippians was the same regardless of Paul's personal outcome as a prisoner in Rome. Whether in death or in life, Paul's purpose for Philippi did not ever change. Paul's purpose in encouraging right living is that the Philippian church be united in these things. Paul's purpose was also for them to strive together for the sake of the Gospel. None of them were to strive alone. They were to provide a united front for the sake of the Gospel.
Paul expected to see certain results from this type of living. First off, Paul expected to see the Philippians unashamed of their opponents. Those who are living godly lives have no need to be ashamed of right living. Paul expected to see them stand fast in their belief in Christ. Indeed, Paul wrote that this belief had been granted to the Philippians for Christ's sake. In the same way that it had been given the Philippians to believe in Christ, it was also granted to the Philippians to suffer for Christ. Paul builds up to his final point of sharing in his suffering. This makes no sense to us until we realize that it is a good thing to suffer for doing good, because it means that you are doing good. Paul expected to see this kind of endurance in suffering that he was experiencing to be experienced among the Philippians.
If Paul had the desire that the church at Philippi be a net-positive spiritual investment, then is it wrong for me to desire there to be a net-positive spiritual growth in those who read these devotionals? I do not think so. I leave you with a question, then: How are you living? Are you a net positive spiritual investment, not just for me, but also for those who are discipling you?
Philippians Series