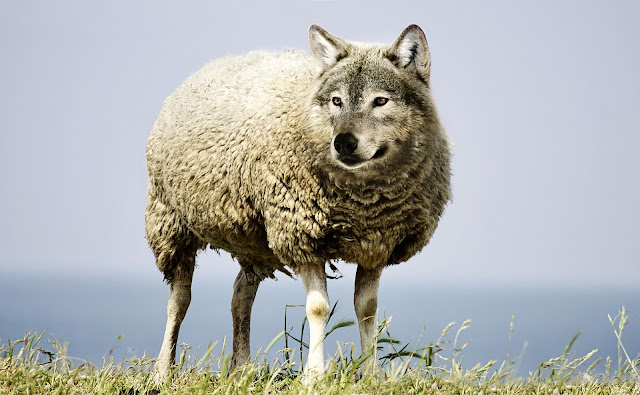 Is Arminianism Pelagian? This is a question that is raised by many of my Reformed brothers and sisters when we discuss theology. Many of them are convinced that Arminianism is simply repeating the age-old heresy of Pelagius, and therefore is a false teaching. It is my goal to show in this post that this is not the case. I will do this by briefly surveying Pelagius, his heretical theology, and his encounter with Augustine. After this, I will examine Arminian theology and show why Arminian theology is not Pelagian.

The British monk Pelagius lived from approximately 354 AD until approximately 418 AD. During his life, he had clashes with Augustine of Hippo, perhaps the most influential theologian in the history of the Western Church. Pelagius denied the doctrine of original sin. That is, he denied that Adam's sin affects us today. In the eyes of Pelagius, sin was something that we were taught by society, not something that we could inherit. Pelagius also held that mankind's will was completely free and that it had not been negatively affected by the Fall. In the theology of Pelagius, mankind could, at least in theory, live perfect lives apart from grace. Although it is debated whether or not he actually thought anyone but Jesus had done this, this was nonetheless part and parcel of Pelagius' theology. Indeed, in the theology of Pelagius, God's grace wasn't necessary for salvation. Pelagius believed that God's grace simply involved the giving of Law, and that each person was able to either live up to it or not. However, according to Pelagius, God's grace is not necessary for salvation. We can see echoes of this heresy in individuals today who claim that God will allow them to be in His presence forever because they believe they have been good enough to earn it. Truth be told, they haven't, and neither have we.

Pelagius had a run-in with Augustine, during which time Augustine stressed the doctrine of original sin, pointing out that we have all inherited from Adam a bondage of the will that is due to the original sin that we inherit. Our free will was destroyed at the Fall, and we became captive to sin. This is why Paul stresses that no one does right in Romans 3, arguably one of the strongest passages supporting the doctrine of original sin. Augustine also stressed the importance of grace for salvation. The only way that we can be saved from this bondage and be reconciled to God is through grace, which comes through Jesus Christ. No one merits their own salvation. It is by grace that we are saved through faith (Ephesians 2:8-9).

Ultimately, Pelagius was condemned as a heretic by the Church. This happened not just once, but twice. Historically, it has also been affirmed that God's grace must move first in order for us to even have the desire to turn to him. That is, left to our own devices without God's grace, we would never turn to God. It is God who must give grace, and it is God who must enable us to turn to him. So where does Arminianism stand?

Arminian theology holds to the doctrine of original sin. That is, it denies one of the key things that Pelagius affirmed--that mankind is unaffected by the sins of our first father. Arminianism affirms that mankind's will was taken into bondage when sin entered the world. It also affirms, with Augustine, that it is by grace that we are saved. In Arminian theology, we are dead in sins and trespasses unless and until God extends grace to us. Our will is not free apart from God's grace. Arminian theology holds that, because of Adam's sin, our wills are held in bondage by sin. That is, until grace intervenes. God's grace saves us. It does this by freeing our wills and enabling us to have faith in Christ. No grace, no faith. Because of grace, God allows us to have faith. Thus, Pelagianism and Arminianism stand at odds with each other. If someone claims to be Arminian while espousing Pelagian theology, that person is a walking contradiction.

From this, it should be obvious that Arminian theology is not Pelagian. Indeed, Arminian theology takes deep offense at the ideas put forward by Pelagius. Arminianism affirms both original sin and the necessity of grace for salvation. Pelagianism denies both. The answer to the original question, "Is Arminianism Pelagian," then, is a resounding NO!