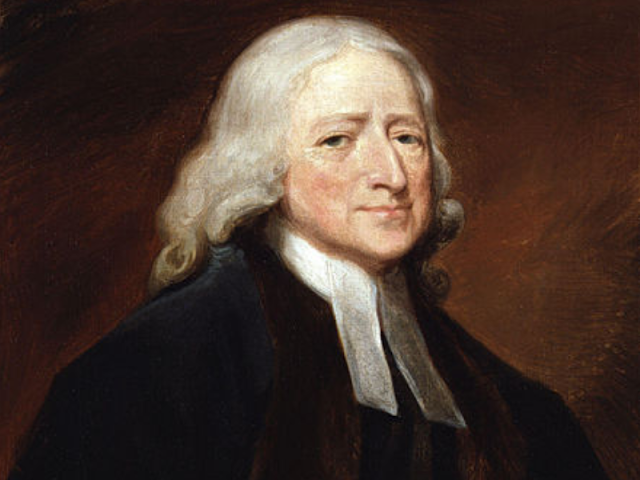 If you are part of my tradition, you have John Wesley as one of your spiritual grandfathers. While John Wesley is known for quite a few things, there are some facts about John Wesley that you may not be entirely aware of. In this post, I would like to review some of those things that John Wesley is known for, as well as some of the things that he is not known for. Hopefully, this exercise will help you come to know the father of the Methodist movement a little bit better.
1. John Wesley was the 15th of 19 children.
You read that right. John Wesley's parents, Samuel and Susanna Wesley, had 19 children, including John Wesley and his brother Charles. If this seems insane to you, then you should also consider that Susanna Wesley came from a family of 25 children. I suppose that they just wanted a large family. Either way, they got it. John Wesley was born on June 17, 1703.
2. John Wesley wrote a best-selling medical textbook.
We don't typically think of church leaders and theologians writing medical textbooks, but John Wesley did. He also had some very interesting remedies in the book, as well. For example, John Wesley recommended that a person hold a puppy to his or her stomach each time he or she fell ill with a stomach ache. While I don't think that this would be a textbook of choice for medical school today, I think that most of us like holding puppies anyway.
3. John Wesley rode 250,000 miles on horseback to spread the Gospel.
At least, this is the estimated amount of distance that John Wesley travelled on horseback. For the sake of comparison, the earth is just under 25,000 miles around at the equator. This means that John Wesley could have theoretically circled the globe 10 times preaching the Gospel by travelling this way instead of across England. Talk about commitment!
4. John Wesley once worked with George Whitfield.
John Wesley, an Arminian, worked with George Whitfield, a Calvinist. Crazy, right?!? Not really. John Wesley had serious questions about George Whitfield's evangelistic methods, and eventually, John Wesley and George Whitfield decided to part company. They remained friends until the end of their lives.
5. John Wesley was known for his organizational skills.
This is what set John Wesley apart from others of his day. John Wesley was intentional about discipleship, and worked hard to make sure that those to whom he preached stayed connected to other Christians. He divided people up into classes, bands, and societies, featuring small, medium, and large group sizes meant to help everyone grow in the faith. This was part of the genius of the Methodist movement, and the effects of this organizing is still being felt today.
6. John Wesley was an Anglican clergyman.
Believe it or not, John Wesley was Anglican. That should come as no surprise to those of us who knew that John Wesley lived in 18th-century England. While Susanna Wesley's father was a nonconformist, it does not appear that Samuel and Susanna followed in those footsteps. In fact, John Wesley's father was an Anglican priest, as well. At the end of the day, John and Charles Wesley were both thoroughly Anglican.
7. John Wesley founded the Methodist movement.
The term 'Methodist' was originally a derogatory term used of the holiness movement started by John Wesley. This movement ultimately became independent of the Church of England. This was not, however, John Wesley's original intent. John Wesley intended to call people back to holiness and reform the Church of England from within. This is not what happened, and there was ultimately a split between John Wesley's Methodist movement and the official hierarchy of the Church of England. For better or for worse, this was the result of tension between the two.
8. John Wesley corresponded with William Wilburforce.
For those of you who know your history, you know who William Wilburforce was. For those of you who do not, you should know. William Wilburforce was an English political leader who spent his entire political career fighting the horrors of the slave trade. John Wesley shared his sentiments, and corresponded with the famed abolitionist. And, for those of you who are curious, the efforts of William Wilburforce were ultimately successful in England, although it took him his entire political career to abolish the slave trade.
9. John Wesley was once a missionary to the colony of Georgia.
That is right. John Wesley came over to the United States as a missionary from the Anglican Church. Unfortunately, his efforts at evangelizing Georgia were ultimately unsuccessful. He was in the colonies for approximately 2 years. If you go to Savannah, Georgia today, you can still see a monument from when John Wesley was there. Cool, isn't it?
10. John Wesley had an experience on Aldersgate Street that forever changed his life.
No list of facts about John Wesley would be complete without a mention of his experience at Aldersgate Street. John Wesley went reluctantly to a meeting where Martin Luther's preface to Romans was being read. While he was listening, his heart was strangely warmed and received assurance of his salvation. After this, John Wesley's life was never the same.
Which John Wesley fact did you like the most? Comment and let us know!
John Wesley