What Is The Bible? 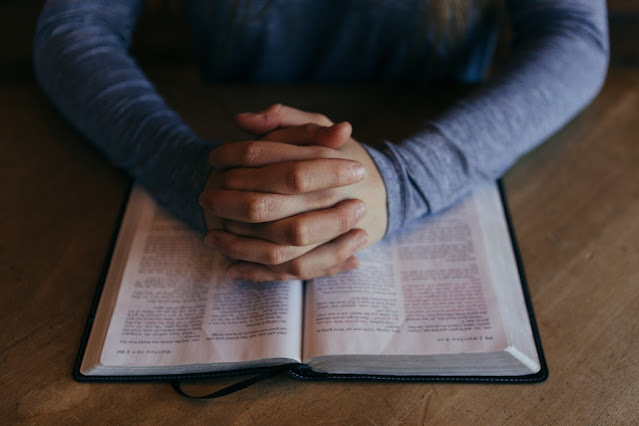 As I sat down to write the outline for this post, I looked up the world's population. There are just under 7 billion people in the world today. More of these will claim to be Christians than those who claim other faiths. It hurts me to know that, although they confess to be Christians, the majority of these do not live the life that Jesus taught us to live. What makes this matter worse is that the large majority of those to which I am referring live right here in the United States. Was Brennan Manning right when He said, "The greatest single cause of atheism in the world today is Christians who acknowledge Jesus with their lips and walk out the door, and deny Him by their lifestyle. That is what an unbelieving world simply finds unbelievable."?

Unfortunately, this is the sad truth. I guess that we in America don't take the Bible as seriously as people who live in other countries. Every day, close to 300 people in the world will be killed because of their faith in Christ. Many of these are in countries where it is illegal for a person to even own a Bible. We in America have too many rights that Christians in other countries don't have, including the right to own a Bible and read it whenever we please. It makes me sad to know that many "Christians" will not exercise this right, but have no problem exercising their right to free speech in order to cuss out the guy that made them angry. Perhaps Brennan Manning's words have a lot of truth to them. The purpose of this post is to provide, for those who do exercise their right, a short overview of the Bible. This post is a little longer than the others, so if you plan on reading it, please plan to sit down for a few minutes.Background Information

The Bible was not originally written as a single book. Rather, it is a collection of documents. These documents range from letters to friends to songs of praise. Yet at the same time, it tells a unified salvation story. Critics have yet to find a fault in the documents in their original languages. That still doesn't stop them from trying. Perhaps the real reason they try to challenge the Bible is a personal, not an intellectual, issue. However, in subsequent posts, I will answer many of the major objections by these critics, since it is not the purpose of this particular post to answer objections.

The Bible was written by about 40 authors over a 1500 year period, which includes about 400 years in which nothing that was written was accepted into the cannon. The Bible contains 66 books. These books were written on 3 different continents in 3 different languages. Some of the books were written in 2 different languages. This makes the Bible unlike any other book in history.Who Wrote The Bible?

In ancient times, kings had personal scribes. These scribes were responsible for writing whatever the king needed to be written. These scribes would also record, in writing, the words of the king, if the king requested that this be done. It was the job of the scribe to record EXACTLY what the king wanted. In this way, the king was the actual source of his recorded words, yet the recording was done by scribes. From this, we can draw a parallel to how the Bible was written.If the Bible had one author, it would be God Himself. In the above example, God is represented by the king. The human authors of the Bible are represented by the scribes. In this case, God had about 40 scribes. These ranged from shepherds to kings.

The Old Testament contains 39 books. These books were written by 29 of the authors mentioned above, with the possibility of another one or two because of the anonymous Psalms. The Old Testament once received much ridicule from critics, but has been consistently confirmed over the past few decades. So far, there is no archaeological finding or historic document that is contrary to the accounts of the Old Testament.

After the last book of the Old Testament was written, there were about 450 years in which no Biblical book was written. After these 450 years, Paul wrote many of his epistles and the Gospels were authored. There is a theological aspect to this, but it is not the purpose of this post to get into theology.

The New Testament was written by 8 authors over a period about 50 years. Many of Paul's epistles pre-date at least 3 of the Gospels by at least a few years. The only possible exception to this is the Gospel of Mark. Some scholars say that it could have been penned around the mid- to late-40's or early 50's A.D. However, there is still some debate over this.

The New Testament was composed in Greek. Because of this, its authors quoted often from the Septuagint. It is important to note that Greek is a complex language, whereas English is a simple language. This means that English Bibles cannot be a 100% accurate copy of the New Testament documents (or the Old Testament documents, for the same reason). However, they can come close. This is one reason why the Septuagint is still useful today.Summary

The Bible was not written as a single document. Rather, it is a collection of documents from a 1500 year period of time, which included about 400 years in which no Biblical document was written. These documents were written by about 40 different authors. It was written on three different continents. It was written in three different languages. Despite all of this, it tells a unified salvation story. These factors, along with many others, make the Bible the most unique document in all of history.