Who Were The Zealots? 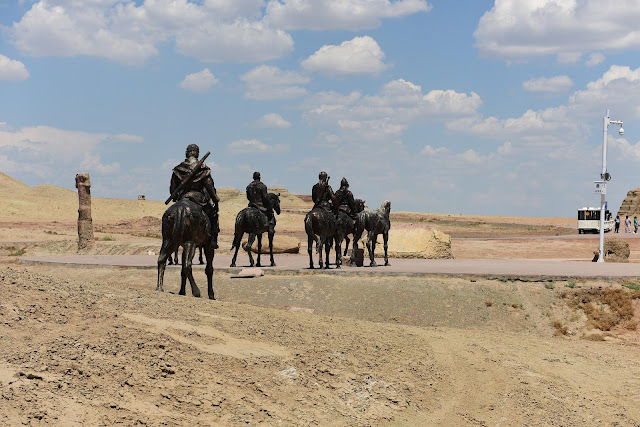 In my last post, I mentioned several facts about the Essenes. In this post, I want to examine some things about the group that is often called the "Zealots" from the first century. As with the Essenes, the Bible says very little about this group of people. Despite this, understanding this group can help us understand the climate of the first century in this part of the world, and thus improve our understanding of the Gospels as a whole. Here are five things we should know about the group of people who are often called "Zealots."
First, we should understand that there probably wasn't a particular party known as the "Zealots" in the days of Jesus, unlike the Pharisees and Sadducees, which were recognizable. There were, to be sure, loose movements of people who opposed Rome's rule, but the name "Zealot" likely didn't come to refer to a specific group of people until the Jewish Revolt of 66-73 AD. Although the title wasn't there, Josephus traces the origin of this group back to the revolt of Judas the Galilean in 6 AD. This is probably correct in a loose sense.
Second, a common thread among those who could be called "Zealots" was a zeal for the Jewish land and way of life. They were opposed to any kind of Roman rule, and many appear to have considered paying taxes a form of recognizing Roman rule. It should be understood that the Zealots, as much as they could be recognized, did not want anything to do with Romans in their land. It is because of their conviction that the land rightly belonged to the people of Israel, and that Rome was wrongly occupying the land that they fought. They probably longed for the glory days of King David. Their views on the Messiah could have varied, but there appears to be a common thread that those who believed in a Messiah believed in a military Messiah.
Third, subgroups of the Zealots existed. One such subgroup was known as the Sicarii. The Sicarii were well known for sneaking around with daggers under their cloaks and stabbing to death anyone who they believed were sympathizing with Rome. They would then disappear into the crowds, often without getting caught. The Sicarii were not the only subgroup, but they are one of the more significant subgroups.
Fourth, it appears that, at least for most of their existence, the groups that could be identified as Zealots utilized guerilla warfare. That is, they would not engage Rome directly in many cases. Rather, they would set up ambushes or use similar tactics when attacking Roman soldiers and sympathizers. It does not appear that they would face Rome head on when they could avoid it. This tactic proved useful at times. Ultimately, though, the Zealots would be crushed by the power of the Roman army.
Finally, Jesus had a disciple called Simon "the Zealot." We have to remember, though, that the Zealots as a party really came to be recognized around the time of the Jewish Revolt, so whether Simon was part of a group that was formally called "Zealot" is debatable. However, this does bring up an interesting dynamic to the disciples of Jesus. A zealot would have been diametrically opposed to a Roman tax collector. Yet Jesus had both a zealot and a tax collector in his band of disciples. This would have definitely caused tension, but apparently Jesus was able to bring the two of them together. The lesson that we, as Christians, should take from this is that we are to be united around the Person of Jesus, even when we come from diametrically opposed backgrounds.
Biblical Studies New Testament