5 Things That Are Best Explained By Theism 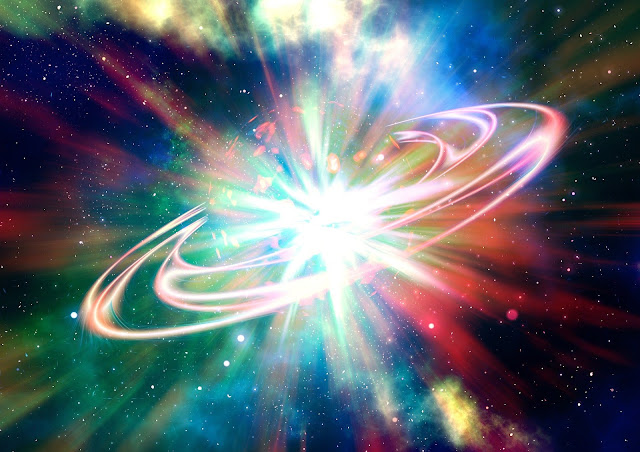 When discussing my faith with non-believers, I find that the average person is oblivious to the explanatory scope of theism. That is, God's existence explains several things that would be difficult to explain in any other way. In this post, I am not presenting any formal arguments, but am just pointing out what these things are. Arguments will be addressed in subsequent posts.
1. The Origin of the Universe

Neither atheism, nor alternative views of God can adequately explain the origin of the universe. Modern science has lead us to the conclusion that the space-time universe that we inhabit had a definite beginning some 14 billion years ago (give or take a little). The problem for the atheist comes when we realize that any contingent thing has an explanation for its existence that is not found within itself, and that if something had a beginning or could have failed to exist (which describes the universe), it is by its very nature contingent. Neither do other views of God adequately explain this phenomenon. For example, pantheistic views of God cannot account for this. Pantheism and naturalism are two sides of the same coin in this regard. They run across the same problem of an inadequate ground for the origin of the universe.

Before I begin, let me make it clear that I am NOT saying that you cannot do good things unless you believe theism is true. Nor am I saying that we cannot know what is right or wrong unless we read the Bible. Both of these are common misrepresentations of the theistic view. What I am saying is that theism provides an adequate ground for objective moral values and duties, while other worldviews do not appear to have such an adequate ground. Most Christians hold that God's moral commands are grounded in His perfect moral character. That is, right and wrong ultimately finds its ground in the character of a Necessary, Omnibenevolent Being. Even many atheist philosophers have come to the conclusion that morality is, in fact, subjective. But surely this is absurd! To confess morality as subjective is to confess that there is no REAL moral difference between loving a child and torturing a child for fun. Subjective morality is merely morality based on my personal preference or taste. Surely, there was a difference between a Hitler or a Stalin and a Mother Teresa! If you think that Hitler was wrong, and would have still been morally wrong even if he had successfully exterminated or brainwashed all of his opposition, then you believe in objective morality. Yet such a morality must have an adequate ground. An adequate ground cannot come from humanity, nor from contingent things. Theism is far and away a better ground for objective morality than any of the alternatives.

Now, I fully expect someone who is feeling a little uncomfortable with this point to raise the objection, "What about the Canaanites?" or "What about [insert moral objection to something the Bible says here]?" While these issues can wait for another post (so as not to get too far off-topic on this post), it should suffice to point out that those who make such appeals believe that they are appealing to an objective standard of right and wrong in order to condemn something they find morally disagreeable. They are not merely saying that something in the Bible doesn't suit their fancy. They are trying to condemn something that they perceive as wrong by appealing to a standard beyond themselves. Why would anything, including such a perceived wrong, be truly wrong unless morality were objective? And how can you have objective morality without an adequate ground for such an objective morality? These are preliminary questions that can and must be answered before we can discuss what right and wrong actually are.

In recent times, scientists have discovered that certain constants and quantities appear to be precisely fine-tuned for intelligent life. Each of these constants must fall within an extremely narrow range (and I mean extremely in the strongest sense of the word), or else no life at all would have developed. It is not that life would have developed in a different way if these constants and quantities would have been different. Life would not have developed at all. It is often pointed out that, at least in regards to the constants and quantities present at the initial stages of the universe,  there are only three alternatives: chance, physical necessity, and design. Physical necessity cannot adequately explain these constants, and the numbers that are calculated by the chance hypothesis are so astronomically untenable that we can safely say that it was not due to chance alone. This leaves only one option. Atheism cannot adequately account for this, and neither can views like pantheism or panentheism. When we add other "coincidences" to this list beyond the initial constants and quantities, we see a clear picture of a universe designed by an Intelligent Agent. Theism provides the best explanation for why we see such fine-tuning in the universe.