What Is The Kalam Cosmological Argument? 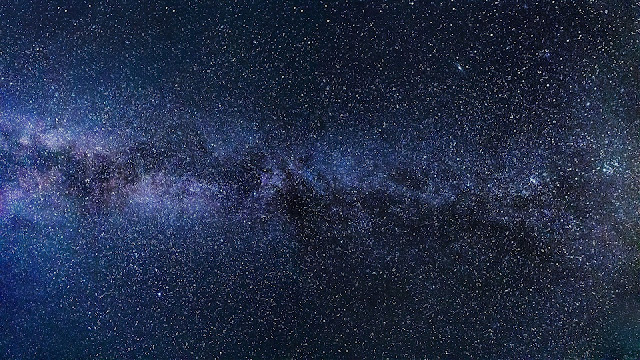 The Kalam Cosmological Argument is possibly the most-discussed argument for the existence of God today. Some of you who are reading this may already be familiar with the argument. There are those who are reading this, however, who may not be familiar with the Kalam Cosmological Argument. It is for this second group that I am writing this post. If you are looking for an in-depth treatment, I recommend reading about the Kalam Cosmological Argument from William Lane Craig's book by that name. In short, this is a popular-level post rather than an academic treatise. With that being said, let's take a look at the argument.
The Kalam Cosmological Argument is a simple syllogism that consists of two premises with a conclusion. It can be stated as follows:
I. If the universe began to exist, then the universe has a cause for its existence (or, alternatively, whatever begins to exist has a cause for its existence).
II. The universe began to exist.
III. Therefore, the universe has a cause for its existence.
In order for the Kalam Cosmological Argument to succeed, it must overcome two major hurdles. First, its premises must be true. Second, the conclusion must follow by one of the rules of logic. This can often be determined by examining the structure of the argument, so this will be our starting place.
Let's look first at the structure of the argument here. The Kalam Cosmological Argument is a deductive argument that uses a modus ponens structure, which looks like the following:
I. P implies Q
II. P
III. Therefore, Q
Because modus ponens is a valid form of argument (that is, it is recognized that the conclusion would follow on this type of argument, should the premises be true), then the second major hurdle mentioned above is not a problem to the Kalam Cosmological Argument. Thus, we turn now to the first major hurdle.
The final question concerning the Kalam Cosmological Argument is whether or not its premises are true. I propose examining each one at a time in order to make a determination.
The first premise is solid. The idea that whatever begins to exist has a cause for its existence has its root in our everyday experience. Take, for example, the blog post you are currently reading. Even if you are objecting to the statement I have just made, you assume that the principle stated there is true if you assume that there is a human being who wrote this blog post. That is, the very fact that you realize that this blog post did not come into existence from nothing, but rather had its origin because someone had an idea and started typing confirms that you hold the principle stated here to be true. If you didn't you would have to be open to the possibility that this post just arrived on this blog without a cause. However, I doubt that anyone reading this post would be willing to take that position.
What about the second premise? It wouldn't be difficult to make a case for the finitude of the universe from an understanding of the classic Big Bang model, as well as from other scientific data, such as the Borde-Guth-Vilenkin Theorem. While there are scientific facts that support the second premise, the philosophical aspects here are the most convincing points to me. If the universe had no beginning, we would be left with an infinite regress. However, an infinite regress runs into all kinds of logical problems. Also, an infinite past1 is not possible if there are things that are still left to be done. You have not yet read all of this blog post, meaning that you still have things that are left undone. That is, if you could continue to read past the last sentence to this one, then such an action demonstrates that an infinite past is not the case in the real world. Thus the second premise is established based on both scientific data and philosophical arguments.
Since both major hurdles have been overcome, the conclusion follows logically. The universe has a Cause for its existence. That Cause cannot be the universe itself, nor can it be anything inside the universe. What follows is that it must be something beyond the universe. This is in line with what classic theism has understood, but is not in line with what either historical or modern atheism has understood about the universe. Thus, we have a solid argument for the existence of God.
Apologetics Arguments For Theism