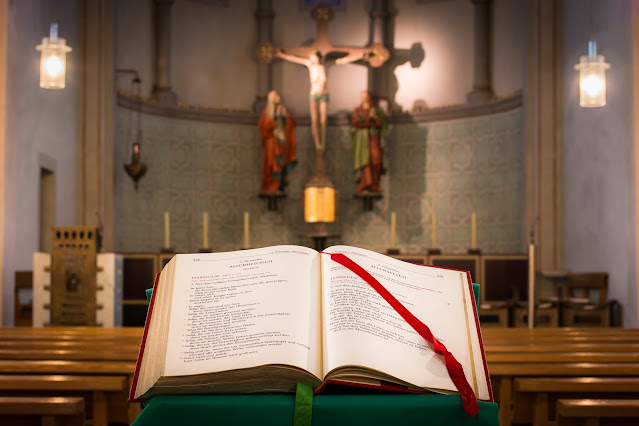 In my last post, I listed seven questions that I would ask complementarians. In this post, I want to dispel three myths about the egalitarian position. For those who did not read the last post and who are unfamiliar with the theological terms, complementarians generally only permit women in certain types of ministry, usually to children and other women. Egalitarians, on the other hand, believe that God permits women into all areas of ministry as co-equal partners to their male counterparts. Thus, for example, in the egalitarian view, women can be pastors. In the complementarian view, they cannot. I have defended the egalitarian view of women in ministry, but I have run across some myths about egalitarianism that I would like to clear up. Three especially deserve our attention:

1. Egalitarianism is the result of the modern rise of liberal, radical feminism.

The first myth has to do with the origin of the idea that women should be involved in ministry. The myth that the egalitarian view is the result of the rise of modern, liberal, radical feminism has been perpetuated by some influential complementarians. The problem with this claim, however, is that it is a myth. The question was asked far earlier than some may think.

Paul himself wrote to Timothy about the role of women in that particular congregation. This at least implies that this question was being asked as early as the first century. In separate posts, I may evaluate the difficult Pauline passages, but suffice to say for now that what Paul's instructions to a specific congregation are not necessarily meant to be imposed on all Christians for all time, especially when we see God raising up women for ministry, as he has done throughout the history of Israel and the history of the Church. First-century Christian women, such as Priscilla and Junia, were accorded high status among the early believers. Later in Church history, God raised up individuals such as Teresa of Avila, Marie Dentiere, Margaret Fell Fox, Lottie Moon, Catherine Boothe, Sarah Crosbie, Corrie Ten Boom, Mother Teresa, and countless others that we know about (and likely many that we do not know much about). Each of these had to wrestle with the call of God on their lives. It was this clear call on the life of several women that caused John Wesley to think deeply about the role of women in ministry. Wesley ultimately came to favor women in all areas of ministry, and he even went so far as to ordain women to preach during his lifetime. Note that this is long before the rise of modern radical feminism. Thus, the idea that egalitarianism finds its roots in this strand of feminism is clearly false.

2. The result of egalitarianism will be the downfall of the Church.

The second myth that I often hear about women in ministry is that allowing women to lead men will lead to the downfall of the Church. I would like to address this from a biblical perspective and a historical perspective. In Scripture, we see several examples of the Church benefitting from the ministry of women, even when these women minister to men. For example, it was a benefit for Mary Magdalene to obey Christ in telling the disciples and Peter about the resurrection. Her response was not "Lord, you know I am not allowed to teach men. It is against God's created order." The command of Jesus precluded such a response from Mary Magdalene. We could also mention Priscilla, Junia, Phoebe, and others in the New Testament who are commended as having a positive impact on the life of the Church.

The same is seen throughout Church history. If the Church had been consistently complementarian, it would have eliminated the leadership of Catherine Boothe, the missional impact of Lottie Moon, the works of mercy performed by Mother Teresa, and the inspiration of Corrie Ten Boom, and so much more. God called each of these women to ministry roles, and they answered the call God had on their lives. Rather than being the downfall of the Church, women in ministry have generally had a positive impact and have helped the church fulfill its mission to the world. To hold women like these back from fulfilling the call that God places on their lives is more destructive to the Church than working with them to fulfill their call.

The third myth that I often hear usually goes something to the effect of "Egalitarians simply do not take the Bible seriously on this matter." I do not have space here to comment on every passage related to the egalitarianism/complementarianism debate. I would like to just make a couple of quick points. First, one fact often neglected by complementarians is that there are over 100 passages of Scripture that affirm women in leadership roles, including roles leading God's people, some even implying leadership over the men among God's people. By contrast, there are a small handful of passages from Paul that are likely directed to specific congregations and addressing specific problems within those congregations. If we allow Scripture to interpret Scripture, we come to the conclusion that either God has violated his own word (which is unthinkable), or else we have misunderstood Paul. I propose that the latter is the case, since Scripture does not contradict Scripture. Indeed, I am an egalitarian precisely because I take the Bible seriously on the matter of women in ministry. That is, I am egalitarian because of my commitment to Scripture, not in spite of it.

Hopefully, with this post, we can lay these three myths about egalitarianism to rest.