Rejoicing In The Proclamation Of Christ 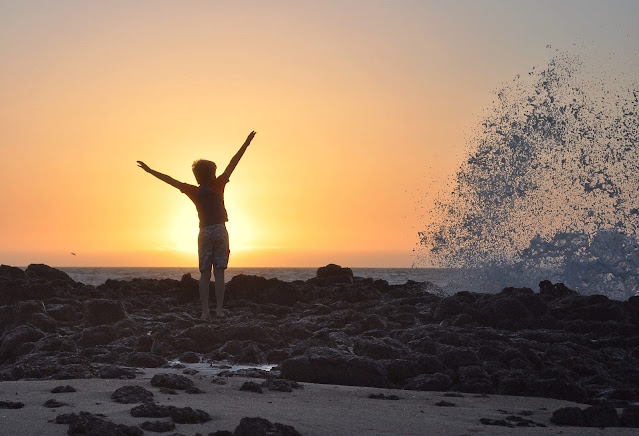 It was 2018, before all of the craziness that was the pandemic happened. I had burned myself out at work, and continued to go even after I was burned out. The result was a severe bout of anxiety and depression. I was so bad off that my mom, who lived 600 miles away, had to come and take care of me for a short time. I had to take time off of work because I was not able to function at an acceptable level. I was in a really bad place at this point in my life. I began to see a counselor and a psychiatrist to help me through the effects of the burnout in my own life. My counselor has told me somewhat recently that many people that were as bad off as I was do not make it out as quickly as I did, if they make it out at all. I thank God for everything that happened that led to my ultimate recovery from this situation. It was not pleasant, and I would not wish the kind of stress, anxiety, and depression that I had on my worst enemy.

Why do I mention my situation? Because I wanted to tell a small part of the story that has some relation to what Paul is saying in the passage in front of us today. You see, when I was going through that difficult time, my mom and I had to stay in a hotel. I couldn't afford to pay rent because I wasn't able to work. This hotel came with some cable, and I thought that one of the best things that I could do would be to keep my mind focused on Christ through the entire situation for as long as it went on. So I tuned into the Christian channel that was available. On the TV screen one day, I saw a pastor who is not known for preaching strong sermons. In fact, to my knowledge, this pastor has only preached comforting sermons. While I would not listen to this particular pastor under normal circumstances, the fact that this was basically the option that I had at the time kept me tuned in. So I listened to the sermon. Normally, I would be very critical of this pastor, but what he said that day was exactly what I needed to hear. He was not the only one that I listened to. There were others that I would not normally listen to (there are few good TV pastors) that I decided to listen to because I didn't have any other option, and needed to keep my mind on Christ. Much of what was said by these individuals I recognized to be incorrect, but there was an occasional statement that these individuals made that was biblical and useful to me at the time. I think that my experience here has helped me to understand what Paul is saying in this passage.

In this passage, Paul mentions two types of people who preach Christ. The first group are those who preach Christ from selfish ambition. Paul knew these kinds of people very well, for there were people who tried to compare themselves to Paul throughout Paul's years in ministry. I would classify some of these individuals that I saw on TV in this category. They have the wrong motives for preaching Christ. However, they occasionally said something that was encouraging to me. I chalk this up to a broken clock being right twice each day. While they are not correct in their motives and are afraid to preach the hard sermons, they occasionally said something right. Paul may have had something similar in mind when he tells the Philippians that he rejoices in Christ being proclaimed, even by those who preach Christ out of pretense.

The second group of people that preach Christ are those who do so out of a sincere, good will. That is, they are legitimate. These are the individuals who are faithful and true and constant. They are people like Paul, Timothy, Silas, Apollos, Priscilla, Aquila, and countless saints throughout the history of the Church. They may occasionally get something wrong, but they do not intend to do so. They stand fast when things get tough. We can trust the message they bring, as it is clear that Paul did.

This does not mean that we should not call out false teachers. We most certainly should, and should not allow them to have an influence in our lives. However, we can hope that people benefit from these broken clocks telling the right time twice each day. In these cases, we can rejoice. Where they are wrong, we are to call them out. I, for one, have no problem calling out falsehood when I see it, yet rejoicing even when broken clocks are right.