Are People Inherently Good Or Bad? 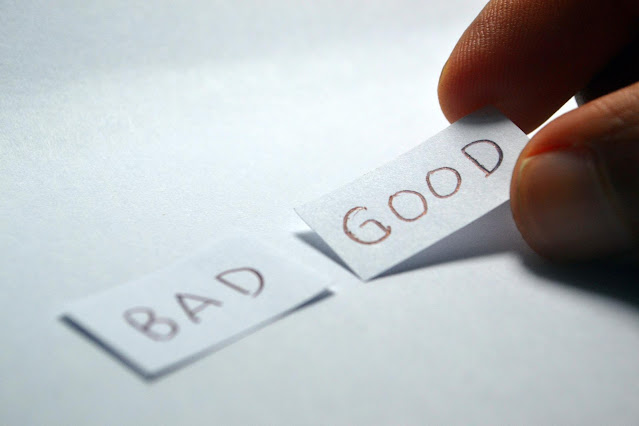 I am a part of several theological debate groups. I think that it is healthy for us to think deeply about our faith and converse with others who hold different viewpoints. Sometimes, those with whom I interact are what have been labelled "Progressive Christians." One such person argued in one of the groups that we should not talk about original sin. Rather, we should talk about original goodness. The argument went something like this: God made us good, and therefore we should understand human beings to be inherently good without any evil in them whatsoever. Sure, people do bad things, but there isn't really anything bad in a human being's nature, claims the argument. I have seen more than one progressive Christian take a similar view. I do not find such a view to be correct. More accurately, I think that this view only contains a partial truth. That is, it represents only a part of the whole picture. A sound biblical view would argue that although human beings were created good, something has gone terribly wrong along the way. In this article, I want to defend two points:
1. Human beings were created good.
2. Human beings have gone astray along the way, picking up a sin nature.
The first point that I am going to defend is that human beings were created good. In Genesis 1, we see God creating the universe from nothing. On the first three days, God created the heavens, the earth, the sky, the land, and the seas. On days 4-6, God filled those things with life. Notably, on the sixth day God did something that he had not done before. Prior to the sixth day, God said "Let there be," and there was. On the sixth day, however, God said "Let us make human beings in our image, to be like us." (Genesis 1:27 NLT). We then famously read in the very next verse that "God created human beings in his own image. In the image of God he created them; male and female he created them." (Genesis 1:27 NLT). Prior to the creation of humankind, God declared his creation "good" on multiple occasions (Genesis 1:12,18,21). However, when mankind is created as the pinnacle of creation, God declares his creation "very good" (Genesis 1:31). The major point that should be underscored here is that God created mankind good, as the pinnacle and vice-regent of creation. Had we not gone wrong somewhere along the way, we would still have that status. However, something did go seriously wrong.
The other half of the biblical narrative makes clear that we did go wrong. In Genesis 3, mankind chose his way rather than God's way. As a result, sin entered the world and the image and likeness of God in us was tarnished. In choosing to do things our own way, we did the very thing that God would not have done in that particular situation. We can claim this because, when God did take on human flesh, Jesus was tempted in every way just as we are, but didn't give into the temptations that he faced (Hebrews 4:15). The problem, then, is with us. Genesis 3 tells us that we have gone wrong.
The effects of the Fall can be seen throughout the whole of Scripture and of human history. In Scripture, we see the immediate effects of the Fall in Cain's murder of Abel. We see it continue through Noah's day, resulting in a flood. We see it continue through the period of the Judges, epitomized in the famous statement that "all the people did what was right in their own eyes" (Judges 21:25). It continues through the time of the kings and prophets of Israel. It continued in the days the New Testament was being written.
The effects of the Fall can be seen throughout history. It doesn't take a long time to find atrocities that have been committed throughout history. Yet few people would argue that those who committed such atrocities were simply good people who did bad things. Yet it doesn't have to be a famous atrocity in order to be an evil act. Ordinary people today commit extraordinarily bad deeds each and every day. Ordinary people live with selfish desires all the time. Something has, indeed, gone terribly wrong. This is not how God created the world, and it is not how he desires it to be. If we were created good, and are not completely good now, then something has gone wrong along the way. Christ came to restore all of the things that were lost in the Fall. Praise God!
Theology Total Depravity